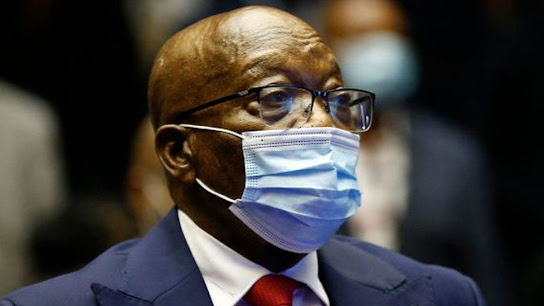 He has been given five days to surrender to the authorities. If that fails, the police minister will have to order his arrest.

The president was sentenced to prison after the Constitutional Court judged him guilty of contempt for refusing to testify at a corruption probe while in office.

Mr Zuma’s administration, which ended in 2018, was marred by charges of graft.

Businessmen have been accused of collaborating with politicians to sway policy decisions.

The former president made one appearance at the investigation into what has come to be known as “state capture,” but then declined to return.

The inquiry, led by Justice Raymond Zondo, asked the Constitutional Court to look into the matter.

Acting Chief Justice Sisi Khampepe’s decision was tough. She said that Mr Zuma failed to appear in court to explain his actions, instead choosing to make “provocative, unmeritorious, and vituperative utterances that constituted a planned effort to impugn the judiciary’s credibility.”

“I have no choice but to commit Mr Zuma to prison, in the hopes of sending a clear message… that the rule of law and the administration of justice triumph.”

The former president was not present in court to hear the majority decision, despite his claims that he was the victim of a massive political conspiracy.

According to the BBC’s Andrew Harding, this prison sentence marks a dramatic turning point for a man who was last in prison half a century ago for his involvement in South Africa’s freedom struggle.

Mr Zuma pleaded not guilty last month in a corruption trial involving a $5 billion (£3 billion) arms sale from the 1990s.