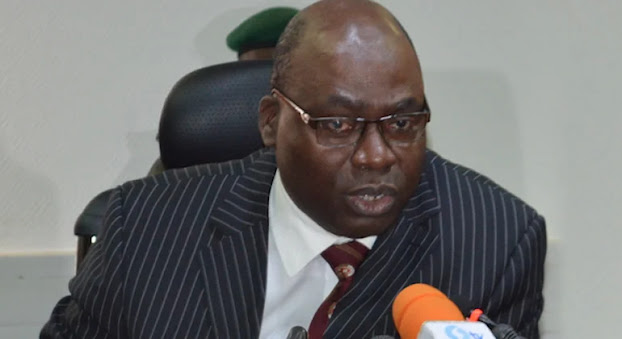 The Code of Conduct Bureau has been urged by the Independent Corrupt Practices and Other Related Offences Commission to publicize the assets reported by public and civil servants.

According to the ICPC, this will aid in the fight against corruption in the public sector.

According to a statement on the Commission’s website, Chairman Prof. Bolaji Owasanoye noted that the secrecy surrounding asset disclosures by public officials.

During a meeting with the Chairman and members of the CCB board of directors, he stated all these.

“Publicizing asset declaration will aid the whistleblower policy and our work,” he said. Because of the opacity surrounding asset declaration, we have not been able to fully utilize it. If someone lied about their assets, it can be discovered simply by opening the page on which it was published.

“I want to encourage the Bureau to embrace this because the public will assist us in our efforts. They’ll tell us who owns what assets and if they possess them in proportion to their earnings.”

Owasanoye “noted that the opacity surrounding asset declarations had added to the challenge of insecurity and underdevelopment plaguing the nation,” according to the statement.

“Along the same lines, the ICPC director urged the Bureau to evaluate and update the Assets Declaration Form to incorporate information that might aid in the transparency of assets such as BVN and new forms of investment such as cryptocurrencies.

“Professor. Owasanoye also urged the Bureau to begin digital asset declarations rather than the traditional manual process, stating that this would allow for easier asset tracing and analysis, as well as enable the CCB to provide the government with information on the lifestyles of both public and governmental servants.”

“If you digitize asset declaration, it would help you reach everyone under your cover,” he was quoted as adding. It’s simple to use and will tell you how much the public servant owes in assets. It will enable you to inform the government about the state of public employees, including whether or not they are doing poorly.”

The head of the ICPC stated that the Commission was eager to assist the Bureau with capacity building.

“He expressed his desire that the CCB would be active in asset recovery as an enforcement tool, adding that public employees who lived beyond their legitimate salary should have their illegally acquired assets taken away from them,” according to the statement.

Professor Mohammed Isah, the Chairman of the CCB, had previously stated that the fight against corruption cannot be won by a single agency.

This comes as he urges on anti-corruption agencies to work together, saying that this should include avoiding interfering in the investigation of any petition that is already being processed by one of the agencies.

“In regions with overlapping functions, whomever begins investigation of a petition first should be permitted to complete it,” he stated. To avoid wasting resources, the others should quit looking into the same issue. There’s no reason to overwork ourselves by performing the same thing over and over.”

Isah also stated that CCB was willing to exchange asset declaration information with ICPC in order to assist the latter’s investigations.