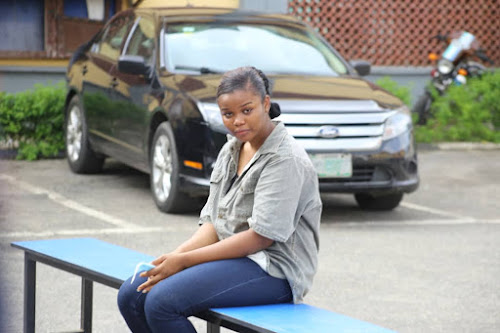 Men from the Lagos State Police Command have also apprehended the father of Chidinma Adaora Ojukwu, a 300-level Mass Communication student at the University of Lagos who confessed to killing Usifo Ataga, the Chief Executive Officer of Super TV.

According to a police source who spoke on the condition of anonymity to Punch, Chidinma’s father was arrested for violently resisting his daughter’s arrest when police arrived at their home on Wednesday, June 23, to pick her up.

According to the source, the man did not believe his daughter committed any crime until she confessed on Thursday, and he is being held at the State Criminal Investigation and Intelligence Department in Panti, Yaba.

Meanwhile, lecturers and students at the University of Lagos’ Department of Mass Communication are reacting to the news of the murder. According to a lecturer in the department who spoke to one of our correspondents on the condition of anonymity,

“I recognize her (Chidinma) because of her beauty and innocent appearance. She is a natural introvert.

She is unlikely to be noticed by anyone despite her striking beauty because she does not speak in class.”

Chidinma is a 300-level student in the department, according to another lecturer.

“Yes, it was confirmed in our group chats, where there are several professors, that she is a 300-level part-time student of Mass Communication, UNILAG,” the lecturer said.

One of the classmates, who spoke on condition of anonymity said

“Yes, she (Chidinma) is a part-time 300-level Mass Communication student. I know her, but we don’t get along; she doesn’t interact with many people. She is a loner.
She is a cool girl who comes for lectures and then leaves; she has a few friends with whom she converses. I don’t know much about her.”
Another student stated that he had not seen her during the current semester and that their lectures could not take place on Thursday because the lecturers did not show up.
“I haven’t seen her since we started back on May 10th this semester. Today was supposed to be lecture day, but the lecturers did not show up. Similarly, her issue has been a hot topic on our WhatsApp platform; it was a tumultuous debate as members took sides.
Chidinma recounted how she stabbed the deceased three times while being paraded by police. She claimed that late Ataga became violent after she refused his request for more sex, and that she stabbed him while high on drugs and alcohol.
“On Sunday, I looked up the hotel where we stayed online and sent the information to him, and he paid. We had a good time drinking and smoking on Monday.
On Tuesday, he was making advances toward me, but I was tired, so he became violent and forced his way in, and I caved.
We smoked and ate in the afternoon. We got high, and I wasn’t satisfied with the first round of sex, so I was alone, smoking, drinking, and eating my food, when he approached me while I was watching a movie.
“I told him I was satisfied with what he did the first time.
I told him he wasn’t assisting me in any way, but was just messing with me. He told me to take his ATM card and withdraw any amount I wanted, and he gave me the PIN, but I explained that was not what I meant.
As a result, he became violent; I was defending myself, and at one point, he hit my head on the wall, prompting me to retaliate.
He was choking me while I was on the kitchen cabinet, so I stretched out and grabbed a knife, stabbing him twice in the neck and once in the stomach.”
She claimed that when Ataga became ill, she fled the apartment and took money from his account to pay her school fees.
SK and Loud were smoked. I changed my clothes while he was lying there, looked for the key from where he kept it, and exited the room.
I didn’t say bye to anyone when I left. I wasn’t happy with what I’d done.
I drew N380,000 from his account rather than N5 million. I’m filled with remorse. I intended to use the funds I drew to pay my school fees. I was disappointed when the police arrested me at my parents’ house, and it wasn’t until around 10 p.m. that my parents learned about the incident.
I live with my parents; I left on Sunday and informed them that I was going to work as an usher. I texted the apartment owner using the foreign number I generated.” she stated.