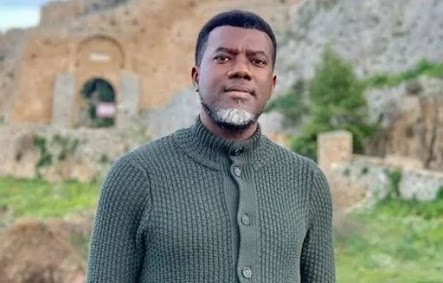 Nigeria’s Attorney-General of the Federation, Abubakar Malami, has been requested to be arrested for trading Bitcoin by the Economic and Financial Crimes Commission.

Reno Omokri, a former presidential aide, made the call.

This comes after Malami uploaded a snapshot on Tuesday indicating that he had canceled his Twitter account.

However, the screenshot he uploaded revealed that he uses a cryptocurrency.

In response, Omokri issued a series of tweets urging the EFCC to arrest Malami right now.

“AGF Malami has been caught red-handed with proof that he dabbles in #Bitcoin trading through @latokens, in contravention of the law outlawing #Cryptocurrency,” the statement reads. This is something he needs to address. The Buhari administration must not brush this under the rug.

“If the Buhari government’s Chief Law Enforcer is trading in Bitcoin, as the LAToken icon on the screenshot he supplied proving he has deleted his Twitter account clearly shows, then he must apologise and resign.” 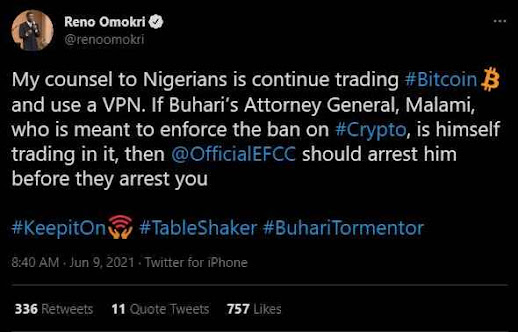