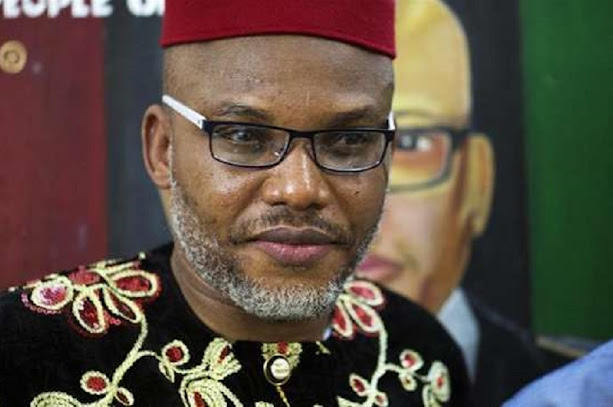 Nnamdi Kanu, the leader of the proscribed Indigenous People of Biafra, IPOB, has been detained by the Federal Government.

Mr. Abubakar Malami, SAN, the Attorney-General of the Federation and Minister of Justice, confirmed to journalists on Tuesday that Kanu was arrested and returned to Nigeria on Sunday.

According to him, the arrest was made as a result of a joint effort by Nigerian security services and Interpol.

The IPOB leader was brought to court on Tuesday by heavily armed security operatives from both the DSS and the Nigerian Police Force.

Kanu will be brought before the Federal High Court in Abuja for the continuation of his trial on accusations of terrorism, treasonable crime, unlawful possession of firearms, and management of an unlawful society, according to Malami.

Recalled that the trial court had, on March 28, 2019, issued a bench warrant for the arrest of the IPOB leader after it revoked the bail that was earlier granted to him. 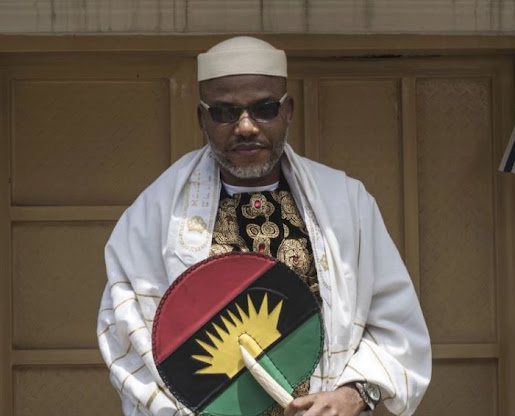 Placing reliance on Section 352(4) of the Administration of Criminal Justice Act, ACJA, 2015, the court equally okayed Kanu’s trial in absentia.

Kanu, whose whereabouts was unknown since September 2017, was hitherto answering to a five-count charge FG entered against him and three other pro-Biafra agitators— Chidiebere Onwudiwe, Benjamin Madubugwu and David Nwawuisi.

Shortly after he was declared “missing”, trial Justice Nyako, on February 20, 2018, okayed separate trial for the other three defendants.

The IPOB leader, who has dual citizenship, was before his arrest on Sunday, reportedly sighted at various locations outside the country, including Jerusalem and the United Kingdom.