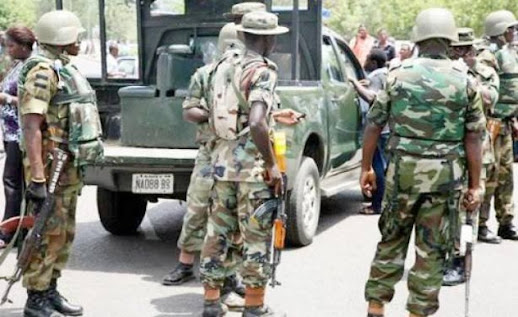 The General Officer Commanding (GOC), 7 Division, Nigerian Army, Brig.-Gen. A.A. Eyitayo, said this at a press conference held by the army in Maiduguri on Sunday.

According to Eyitayo, the current military operation against Boko Haram inflicted a significant blow to the insurgents, scattering their remnants.

Nobody, including the military, was pleased about the bloodshed, thus the remnants of Boko Haram needed to take advantage of the amnesty and repent of their wicked ways, according to the Commander Sector 1, Operation Hadin Kai.

“We aren’t here for bloodletting,” Eyitayo stated. Nobody appreciates the fact that people are dying. Because some of them (insurgents) listen to the media, it’s a good idea for us to appeal to them via the media to refrain from violence and come forward to seek forgiveness and reconciliation.”

The feast with journalists, according to Eyitayo, was held to express gratitude for the media’s coverage of military operations in the state.

“There has never been a bad report in the three months that I have been on duty in Maiduguri in my capacity.

“This is to thank the media for their great coverage,” says the author.