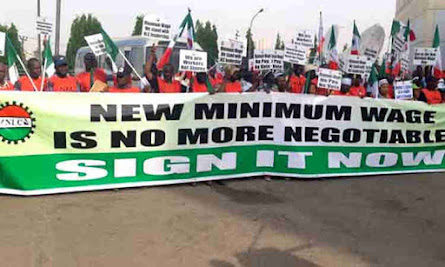 The Nasarawa Labour Congress (NLC) on Tuesday rejected the state’s partial implementation of a N30,000 minimum wage for workers in grades one through six.

In an interview with Journalists in Lafia, NLC Chairman Comrade Yusuf Iya expressed his dissatisfaction with the government’s decision to establish a minimum wage for workers on grade levels 1-6 exclusively.

The chairman was adamant that the State Government’s implementation did not only violate the principles and procedures of minimum wage implementation, but also demonstrated that the government was frugal with its approach to worker welfare.

According to the Labour Chairman, the implementation of the minimum wage requires a give-and-take agreement signed by both sides, as well as a template to be used as a reference.

“A copy of the agreement must be kept in the office of the Minister of Labour and Employment,” Iya said, adding that none of the prerequisites have been met in Nasarawa State.

While stating that even Local Government workers in grade levels 1-6 have been marginalized, the NLC president stated that the government’s actions have demonstrated that no one graduates before entering the state’s civil service, resulting in the minimal pay.

According to him, just 3,300 workers out of a total of 16,000 workers in Nassau will benefit from the implementation.

Iya stated that if the government fails to respond positively to the union’s demands after the seven-day notice period expires on Wednesday, June 8, the union will go on an indefinite strike.