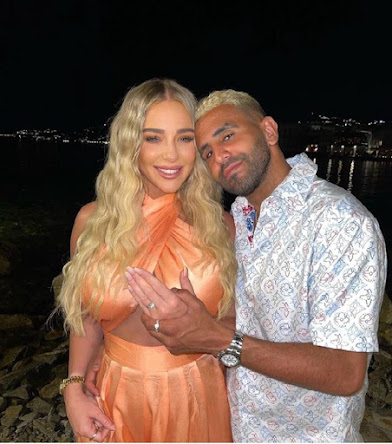 Riyad Mahrez, a Manchester City superstar, proposed to his stunning girlfriend Taylor Ward with a £400,000 ring after

The 30-year-old Algerian international made the daring move while on vacation on the Greek island of Mykonos.

Taylor, a proud fiancee, took to Instagram to share the good news and photos with the caption: “Here’s to a lifetime of us.”

“There is no one I would rather spend my life with; here’s to a lifetime of us.” I can’t wait to grow old with you, and by the way, I said YES! I adore you.”

“So happy for everything you are the best, you’re the one I need in my life forever,” Mahrez wrote on Instagram. 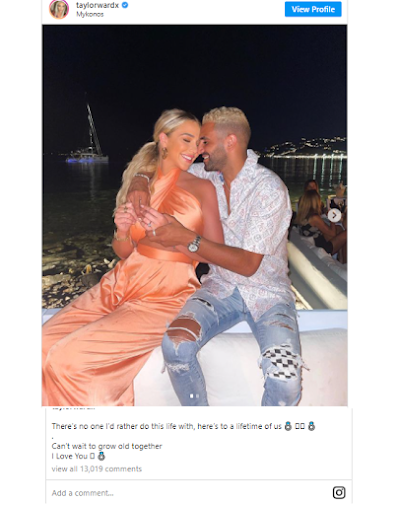 The former Leicester City star was initially married for six years to former model Rita Johal, who is the mother of his two daughters.
Taylor is the daughter of Real Housewives Of Cheshire star Dawn and retired footballer Ashley Ward.