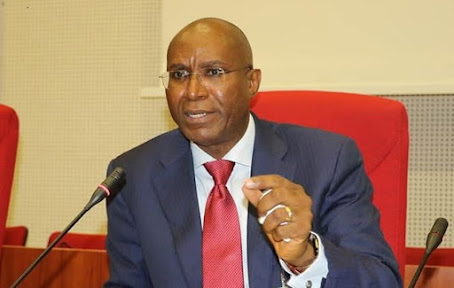 The agigation of Igbo people clamouring for the Republic of Biafra, according to Deputy Senate President Ovie Omo-Agege, is justified because Nigeria has been unfair to them.

According to SaharaReporters, Omo-Agege stated that the South-East area is politically disadvantaged in terms of the number of seats allotted to it.

“This country has treated them unfairly.” Nigeria was divided into three regions at first: north, east, and west, followed by the Midwest. The Midwest area, which today is known as Delta and Edo states and later became Bendel, was the only one constituted constitutionally; the others were created by fiat. Ours was established as a result of a popular referendum.

“Having only two states in the Midwest has ramifications. We only have 6 senators between Edo and Delta, compared to 57 senators in the North and 18 in the West. We, like the Igbos, have the right to feel angry and resentful.

“So, when people are agitated, there is cause for agitation as long as you consult with them and are not violent. You can’t simply replace one tyrant with another.

Everyone must sit and relax at some point in order to investigate the causes of the tension.

What we would not accept is for them to include Urhobos in their Biafra Republic map without engaging the Urhobo people. We never belonged to the Republic of Biafra. We are not at odds with the Igbos. Their right to agitate is respected by us.” In a viral video, the Deputy Senate President said.