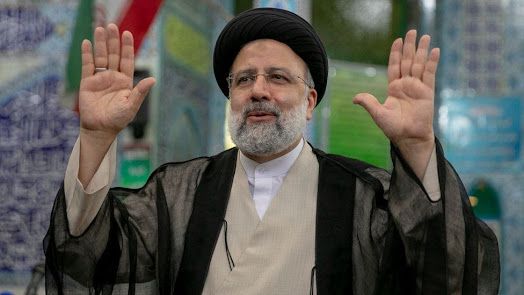 Hardliner Ebrahim Raisi has won Iran’s presidential election, which was generally perceived as rigged in his favor.

After receiving 62 percent of the vote, he thanked Iranians for their support.

Mr Raisi is Iran’s chief judge and a staunch conservative. He is sanctioned by the United States and has been linked to the executions of political detainees in the past.

Iran’s president is the country’s second-highest official, after the supreme leader.

Mr Raisi will take office in early August and will have a big impact on domestic and foreign policy. However, in Iran’s political system, Ayatollah Ali Khamenei, the country’s supreme leader and top religious cleric, has the final say on all state matters.

Iran is governed according to conservative Shia Islamic values, and political freedoms have been restricted since the Islamic Revolution in 1979.

Many Iranians viewed the recent election as rigged in favor of Mr Raisi, and they boycotted it. According to official estimates, voter turnout was the lowest ever for a presidential election, at 48.8%, compared to more than 70% in the previous election.

For the majority of his career, the 60-year-old cleric has worked as a prosecutor. He was named head of the judiciary in 2019, two years after losing the presidential election to Hassan Rouhani in a landslide.

Mr Raisi has positioned himself as the ideal candidate for combating corruption and resolving Iran’s economic woes. As he cast his vote, he stated, “Our people’s frustrations over deficiencies are legitimate.”

He is strongly devoted to Iran’s governing clerics, and he has even been tipped to succeed Ayatollah Khamenei as the country’s supreme leader.

Mr Raisi’s role in the mass executions of political prisoners in the 1980s has been highlighted by many Iranians and human rights organizations. According to Amnesty International, he was one of four judges who oversaw the execution of nearly 5,000 people.

Mr Raisi has promised to reduce unemployment and strive to lift US sanctions that have made life difficult for ordinary Iranians and sparked widespread resentment.

According to BBC Persian correspondent Kasra Naji, Iran’s hardliners will strive to strengthen a puritanical Islamic administration under Mr Raisi, which might mean tighter controls on social activities, less freedoms, and fewer jobs.