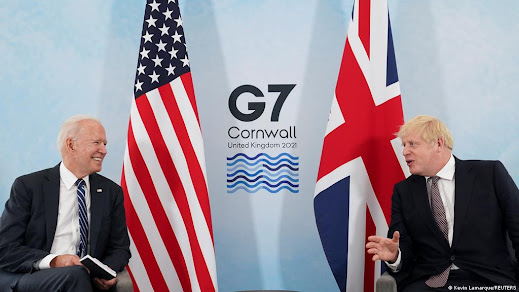 According to Johnson, a coalition of wealthy nations will donate one billion doses of Covid vaccination to poor countries.

According to the Prime Minister, the G7 countries would work to enroll 40 million additional girls in school around the world.

Johnson argues that the summit was not dominated by Brexit disputes, adding that the topic was a “vanishingly small” part of the discussion.

His remarks come in the wake of a conflict between the UK and the EU over border inspections on goods headed to Northern Ireland.

The G7 is a group of the world’s seven major “advanced economies.”

The United Kingdom, the United States, Canada, Japan, France, Germany, and Italy are there, as are the EU and a few other countries.