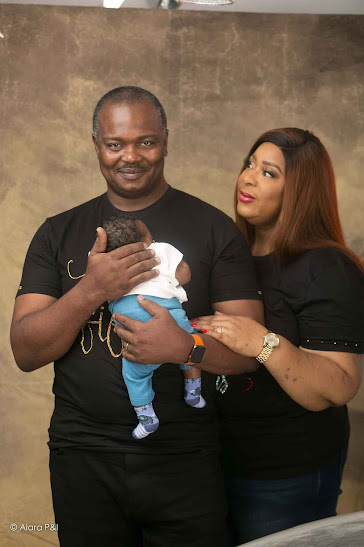 Ladunni Idowu Giwa-Osagie, a Nigerian woman, has given birth to her first child at the age of over 50. Ladun met her husband, Aigbovo-Giwa-Osagie, when she was 47, they married at 48, she became pregnant at 49, and she gave birth to a baby boy named Osarumuwese Oluwaseyitanfunmi Nosakhare on June 25, 2021, just before her 50th birthday.

Her words of encouragement and inspiration brought to life dead dreams and shrivelled hopes. The members of the Mature Christian Singles celebrated one of their own, Ladunni, whose story of triumph made many believe in the message of an on-time God.

Ladunni’s story follows a trail of triumph. Of a lady who found love at 47, married at 48, got pregnant at age 49 and just before her 50th birthday, gave birth to a baby boy called Osarumuwese – The Lord has done me well; Oluwaseyitanfunmi – the Lord has done this for me in full and Nosakhare – God’s Will.

On 25th June 2021, Ladunni took a rapid leap unto the 5th floor as the mother of a baby boy. I present the GOLDEN GLADIATOR, LADUNNI GIWA-OSAGIE, whose story has proved the biblical saying that weeping may last for a night, but joy comes in the morning. Ladunni’s marriage to Aigbovo Giwa-Osagie, whom I call the husband of the year, is an encouragement to those Christian sisters who are beckoning at compromise, because they feel that God has forgotten them and they want to ‘help’ themselves. 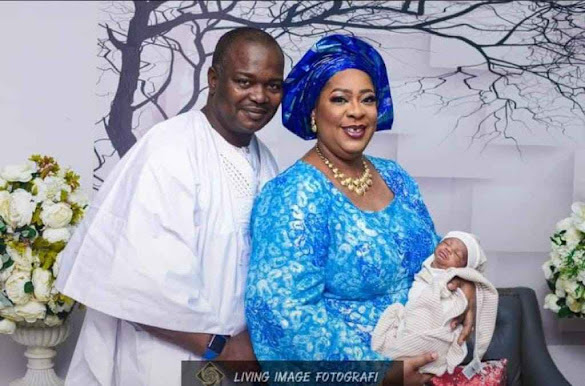 The Gap-tooth Queen has changed address and has made many ladies dress their lives with hope. I attended the GOLDEN CEREMONY OF LADUNNI’S ASCENSION to the fifth floor and the dedication of her son at White Stone Event Centre, Billingsway Ikeja, Lagos, on 25th June 2021, where the guests were bedecked in white, as a symbol of the purity of divine love and the freshness of a new season.

I watched Ladunni, who appeared at first in white lace with gold trimmings, and later as the lady in red, symbolizing the love she so freely shares with her husband. It was palpable as a touch, and people could not hold back their demonstrations of joy for the woman they came to honour.

Her husband dripped with joy and gratitude to God who gave him a woman he described as beyond amazing. When he stated that since he met her, he stopped having headaches, I could testify, for Ladunni is a woman who sprays her sweet fragrance wherever she steps into.

Her calls and words of encouragement to me, when she shared the testimony of her meeting with her beau, I cannot fail to recall. When she noticed my silence on the group, the absence of my usual birthday tributes for members, she alone checked on me and sent a voice note, praying for me, to uplift my spirits.

Beloved Ladunni, such an inspiring lady!

I watched the glow on her face on that day of her coronation as a gladiator and could see that it went beyond the signature of a skilful makeup artist. It was a glow from within. As though a pipe connected her innermost feelings of joy, to her outer expression of delight.

Beyond the music of Yinka Alaseyori of oniduromi fame, the presence of comedian Kenny Black and Sonma Anyama, Dave of My Siblings and I comedy by Funke Akindele, there was the atmosphere of undiluted joy, a crowning of a maiden’s desire. 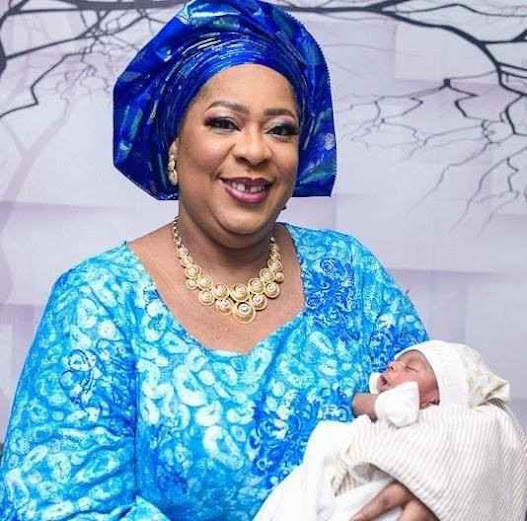