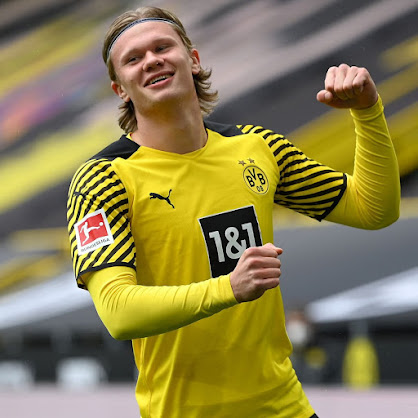 Erling Haaland of Borussia Dortmund has officially agreed to personal terms with Chelsea.

With his £68 million release clause coming into effect next summer, the 20-year-old Norway international is attracting a lot of attention around Europe.

Dortmund wants to keep Haaland for another year, while Chelsea and other teams are trying to work out a deal for this summer.

In recent weeks, Chelsea has been looking into ways to try to strike a deal for the Norwegian, and according to the Transfer Window Podcast, they are halfway there.

According to reports, Chelsea and Haaland have reached an agreement on personal terms, and all that remains is for Dortmund and Chelsea to agree on a fee. Haaland has previously expressed interest in relocating to west London.

The personal terms are “a lot more” than what he originally stated.

If Dortmund is persuaded to sell Haaland this summer instead of next, they are expected to demand more than £150 million. If Chelsea wants to complete a move for the prolific forward in the summer transfer window, they’ll have to beat their club-record fee.