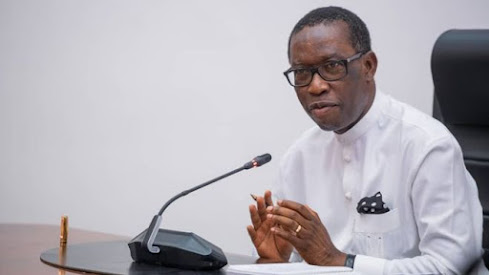 Mr. Reginald Bayoko, the State Government’s Functioning Secretary, stated in a statement: “It is therefore declared for the general public’s information, particularly Deltans, that His Excellency, Senator Dr. Ifeanyi Okowa has approved the nomination of Chief Patrick Ukah as Secretary to the Delta State Government.

“The inauguration of the new Secretary to the State Government, as well as the nine (9) previously announced appointees for the roles of Chief Economic Adviser, Political Advisers, and Special Advisers, is set for Monday, June 7, 2021 at 9.30 a.m. at Unity Hall, Government House, Asaba.

“Please seat the appointees and invited visitors at 9.00 a.m.”.

In Governor Ifeanyi Okowa’s first term, Chief Patrick Ukah served as State Commissioner for Information, and in his second term, he was named Commissioner for Basic and Secondary Education.

Ukah is a native of Okpanam in the State’s Oshimili North Local Government Area, and he is happily married with children.