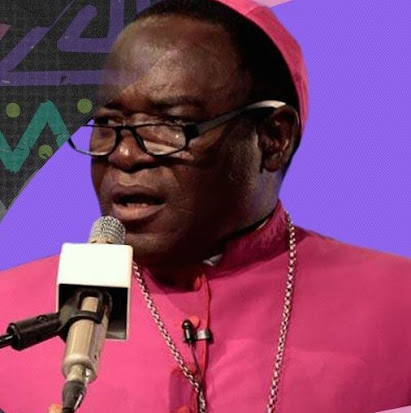 Matthew Hassan Kukah, the Catholic Bishop of Sokoto Diocese, has once again condemned the government’s inability to curb killings and banditry, alleging that the country’s leaders have no blood in their veins.

According to the outspoken cleric, citizens can be slaughtered everywhere in the world without the government displaying empathy and concern.

These were Bishop Kukah’s words during his liturgy at the funeral of late Rev Fr. Alphonsus Yasshim Bello at the Catholic Church of Our Lady of Apostles in Kaduna.

Fr. late On May 21, bandits assassinated Alphonsus Yashim Bello, who was kidnapped alongside Rev Fr Joseph Keke. The full story can be found HERE.

“Those who control us are permitting this murdering of citizens in their innocence because they have the power to do so,” Kukah remarked.

“There is no other country in the world where brutality and human slaughter are as prevalent as they are in Nigeria today. How did Nigeria end itself in such a dreadful situation? We know who they are, what they believe in, and where they get their ideas. The government has never designated the kidnappers as a terrorist organization. “There is no ambiguity about who is killing our people and who is not,” he says.

“Every day, we hear and live with stories of high-level complicity. As Christians, we can only rely on God’s divine word.

“Is it possible that you have a country where people have sworn to uphold the principles of governance with the Qur’an and the Bible?

“That they will do everything in their power to protect and defend the integrity of Nigerians, and now we find ourselves in this situation?” ”

“I believe the President and governors should address Nigerians and say, ‘fellow Nigerians, I have sworn that I will not protect you from foreign invaders, kidnappers, or being killed,’” Kukah said.

“‘You’re on your own now.’ You are in charge of your own safety. Keeping you secure isn’t our top priority right now. Anyone, including foreign bandits, can come and kill at will loot, rape, kidnap and murder you. They can wipe out your communities, destroy your homes, your farmlands, property.

They have the chance to wipe out entire communities, as well as houses, farms, and property.

“They have complete freedom to kidnap or murder your children. They have the ability to rustle your cattle. If they kidnap your children, wives, or husbands, we will treat you as criminals when it comes to negotiating their release.

“‘We are setting policy that could sentence you to 15 years in prison for this awful crime against your fatherland.’

He said, “Nigerians should be strong in prayer; God will lead us out of this awful situation.”