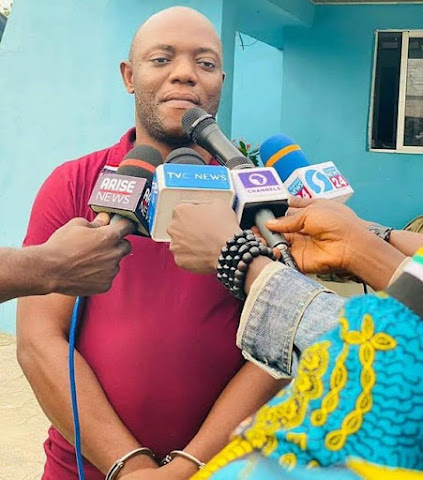 Mr Akpoviri Vincent Jimmy, 49, has been arrested by the police for allegedly falsely claiming to be a qualified medical practitioner and seeking jobs in Bayelsa and Delta states.

Before being apprehended, the suspect claimed to be Dr. Charles Umeh, a practicing medical practitioner in Taraba state, according to Bayelsa police spokesperson Asinim Buswat.

Jimmy, who is from Delta State’s Ethiope West local government area, was initially exposed in Ughelli when he failed to implement the necessary medical terms.

He was believed to have claimed to work in a Bayelsa hospital, sparking an investigation by the Ughelli hospital. Buswat also stated that he will be charged in court once the investigation is completed.

When questioned by reporters, Jimmy disclosed that he is a Delta State University Psychology graduate. He claimed to have some medical knowledge, which explains why he carried out such acts without his friend, Dr Charles Umeh’s awareness.

He learned medicine while working as a personal assistant to the late Dr. Ajoke in Sapele, according to him. He went on to say that he had never worked as a doctor before and that he had only lately began posing as one.