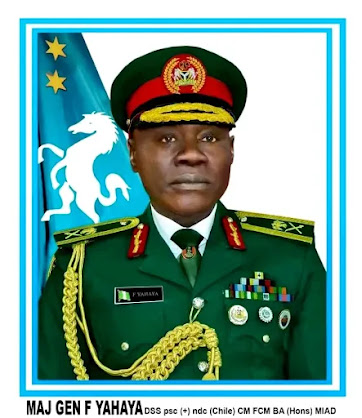 General Lucky Irabor, the Chief of Defence Staff, has intervened in the military’s cold war, which was sparked by President Muhammad Buhari’s appointment of Major General Farouk Yahaya as Chief of Army Staff and the subsequent approval of a letter authorizing 29 Course 36 Generals to go on annual leave.

According to sources, contrary to popular assumption, the fallout from Yahaya’s appointment as COAS has spread to the Navy and Nigerian Airforce, as Course 36 Officers in the levels of Ait Vice Marshall and Rear Admirals have been affected in both services.

Rear Admiral AB Adamu, on behalf of the CDS, signed a signal for the intervention meeting with the CDS with Reference DH/ABJ/401/38/ADM dated June 4, 2021.

It referred to Army headquarters’ initial letter of annual leave, which stated, “Ref A (NOTAL) authorised the commencement of annual leave in respect of Maj Gen JB Olawunmi (N/8795) and 28 others who are members of 36RC in the NA.”

“The senior officials were supposed to go on yearly leave from June 1 to June 30. I am, however, directed to invite all serving members of 36 RC in the AFN (Maj Gen and equivalent) to the following meeting with the CDS. DHQ Conference Hall; 11.00 hours prompt, Thursday, June 10, 21.”
At the meeting, Gen Irabir informed the senior officers that, with the consent of the MOD, Minister of Defence, members of regular course 36 in all three services will be willing to advance courses of their choice for the following year.
He stressed that they have not been retired, but that Major General Farouk Yahaya, as the new COAS, requires the space and environment to carry out his duties.
According to a source, some of the Generals would attend the National Institute of Policy and Strategic Studies in Kuru, Jos, while others will attend the Administrative Staff College of Nigeria in Badagry on a course, and some may travel abroad depending on their preferences.
“The scenario demonstrates that the general sinthearmy alone cannot be made to go on forced annual leave since All Course 36 regular admissions cut across the three services. Their Navy and Airforce counterparts must follow suit, according to a source.