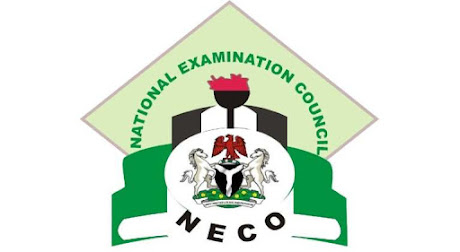 The Senate has raised concerns about the National Examination Council, NECO, the country’s secondary examination body, for allegedly awarding contracts worth N6.5 billion without due process.

The printing of security and non-security documents is one of the contracts granted by NECO, according to the Senate.

The Senate Committee on Public Accounts, headed by Senator Matthew Urhoghide of the Peoples Democratic Party, PDP, raised this issue based on the 2017 report of the Office of the Auditor General for the Federation, which was presented to it for consideration.

According to the Auditor General, NECO is unable to provide any documentation showing that the Ministerial Tender Board approved the contract.

Quotes from three bidders were not collected as expected by PPA 2007 for the second contract, which cost around N6.1 billion.

Even though there was no technical or financial assessment, it was noticed that taxes were not excluded from any of the contract payment. Payment vouchers and contract files did not have proof of advertisement placement, according to the study.

The report also stated that the expenditures exceeded the Council’s threshold, and that the contracts were divided, with some being awarded to the same contractor with the same LPO and work order given on the same date.

“Examination of records and documents showed that the Commission’s Tenders Board approved the award of a contract for printing security materials in the amount of $451 million,” to a company in March 2017 in contravention of provisions of federal government circular No.SGF/OP/I/S.3/XI/849 of January 16, 2016.

‘’The circular reaffirmed that the approved revised thresholds for service wide operation, for which the parastatal Tender Board can only exercise authority on works with a value of less than $250 million, whereas any amount above that must be submitted to the Ministerial Tenders Board for approval. We looked for authority for the above approvals, including ministerial approval, but none could be found.

“The above unilateral contract awarding without due process which result in contracts being awarded to unqualified contractors. Recommendation According to Financial Regulation 3117, the Registrar/CEO should be sanctioned.”

Prof. Godswill Obioma, the Registrar of NECO, said in response to the N461 million issue:

“These are payments to Data Science Nigeria Limited for optical mark readers for objective question papers for the Council’s various examinations.”

The questions were upheld by the committee because the Council was unable to produce proof of Ministerial Tenders Board approval before granting contracts above the threshold.

“The following irregularities were also noted, quotations were not collected from three bidders as required by PPA 2007, taxes were not deducted from some of the contract payments.

‘’There was no technical and financial evaluation, evidence of placement of advertisement was not attached to either payment vouchers or contract files.