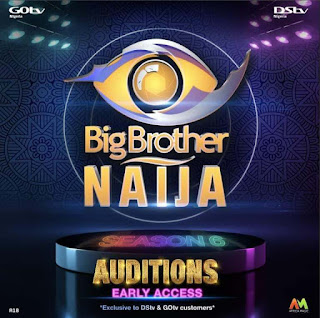 Following the March Early Access auditions, arrangements have been finalized for an open audition call for Big Brother Naija season 6 to take place from Monday, May 3 to Sunday, May 16, 2021. Interested contestants must film a two-minute video in which they explain why they should be chosen as a housemate in Season 6 of BBNaija.

They should then visit www.africamagic.tv/BBAudition to complete the online registration form and upload their videos. The online audition is free and open to all interested male and female Nigerian nationals with a valid identification document who will be 21 years old by June 1, 2021. Chief Executive Officer, as the auditions for the new season begin,

“With another season of BBNaija, we’re boosting our investments content. BBNaija has developed into one of Africa’s most awaited television shows, and this season promises to be even bigger and more entertaining.”

The famous reality TV show, which will return for a sixth season later this year, has already surpassed previous seasons, with MultiChoice Nigeria previously announcing a grand prize of N90 million, the continent’s highest for a reality TV show. Abeg is the main sponsor of Big Brother Naija Season 6, while Patricia is the associate sponsor.