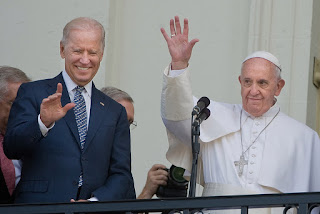 On Sunday, Pope Francis called for an end to the unrest in annexed east Jerusalem, where Palestinians have been wounded in clashes with Israeli police.

The pope said he was “following with particular concern the events that are occurring in Jerusalem” after offering his Regina Caeli prayer from the window overlooking St Peter’s Square.

“I pray for a place of encounter rather than violent clashes, a place of prayer and peace,” he said.

“I invite all to pursue common ground so that the holy city’s multi-religious identity and multi-culture can be respected and fraternity can prevail.

“Violence only produces more violence. Let’s put an end to these disputes.” 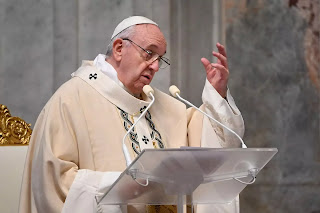 Tensions were high in east Jerusalem on Sunday after hundreds of Palestinians were injured in clashes with Israeli security forces over the weekend, prompting global concern that the violence could spread further.

The evening violence around Jerusalem’s revered Al-Aqsa mosque compound and the Old City is at an all-time high, fueled by a years-long attempt by Jewish settlers to take over Palestinian homes in east Jerusalem.

The pope also expressed his condolences for the victims of Saturday’s attack on a school in Kabul, which he described as “an inhumane action that killed many girls as they were leaving the school.”

In Dasht-e-Barchi, a west Kabul suburb populated mainly by Hazara Shiites, a series of blasts outside the school during a peak holiday shopping season killed more than 50 people, mostly girl students, and injured more than 100.

Finally, the Argentine pontiff spoke to a small crowd of Colombian flag-waving pilgrims who had gathered in St Peter’s Square hoping to hear more about the demonstrators.