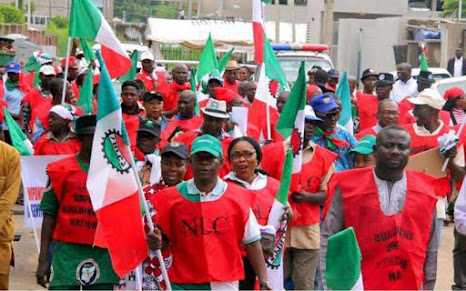 The Nigerian Labour Congress (NLC) has issued a warning to the Nigerian Governors Forum (NGF) on a proposal to withdraw the subsidy and set fuel pump prices between N380 and N408 per litre.

The NLC slammed the recommendation as provocative, arbitrary, and insensitive to present economic realities in a communique published by its National Executive Committee following its meeting in Abuja on Tuesday.

According to the congress, even a one-cent increase in the price of petroleum products, particularly Premium Motor Spirit, “will result in the instant withdrawal of services by Nigerian workers across the country without further notice.”

The NLC President, Ayuba Wabba, and the acting General Secretary, Ismail Bello, signed a statement that was made available to journalists in Abuja on Thursday, reiterated that the congress is standing firm in its resolution to reject future increases in the price of refined petroleum products made at its meeting on February 17, 2021.

“The NEC-in-Session also viewed the Nigeria Governors Forum’s proposal for a 300 percent increase in the price of petrol as the peak of provocation, arbitrariness, detachment, and insensitivity to the current economic realities in the country and the extreme hardship that Nigerians, particularly workers, are experiencing,” the communiqué read.

“The NEC also stated that there is currently no dialogue with the government on raising fuel prices. The NEC highlighted that the last meeting with the administration was postponed sine die in February 2021. Since then, the government has not held another meeting.