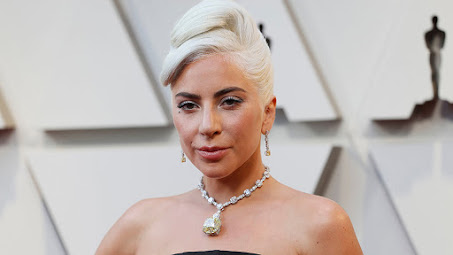 Lady Gaga has revealed that she had a psychotic break as a result of sexual abuse, which resulted in her becoming pregnant.

The singer was 19 years old when she was assaulted by a male music producer who threatened to burn her music if she didn’t take off her clothes.

“He dropped me off pregnant on a corner… because I was vomiting and sick,” she said her alleged rapist did.

Years later, she underwent “a complete psychotic break” and was in a “ultra state of hysteria” as a result of the trauma.

Gaga, whose real name is Stefani Germanotta, was speaking on the first episode of Oprah Winfrey and Prince Harry’s new Apple TV+ series, The Me You Can’t See, which addresses mental health stigma.

She sobbed as she described her assault, which occurred in her own home.

“I was 19 and working in the industry when a producer told me to ‘Take your clothes off,'” she recalled. “I told them no and left, and they threatened to burn all of my songs.” “And they didn’t give up.” They didn’t stop asking me questions, and I just froze, and I don’t even know what happened.”

The singer, now 35, has confirmed that she’d never reveal the name of her rapist.

“I understand the #MeToo campaign, and I understand why some people are happy with it while others are not,” she said. “I don’t want to see that person ever again.”

Gaga first mentioned her abuse in 2014, with songs like Swine and ‘Til It Happens To You – which served as the soundtrack to The Hunting Ground, a documentary about sexual harassment on college campuses in the United States; and she was nominated for a Grammy in 2015.

Her breakdown happens years later, she said, and it was still going on when she accepted her Academy Award for A Star Is Born in 2019.

It all started when she was admitted to the hospital with severe pain and numbness and was shocked to be referred to a psychiatrist.

She recalled, “I couldn’t feel my own body.” “I was in excruciating pain at first, then numb, and then sick for weeks.”

“I realised that it was the same pain that I felt when the person who raped me dropped me off pregnant on a corner, at my parent’s house, because I was vomiting and sick. Because I had been being abused, and I was locked away in a studio for months.”

Trauma had changed her as a person, she added, and it would never leave her.