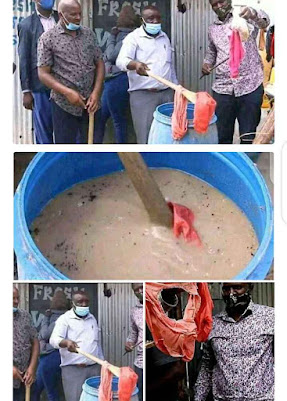 Consumer protection council (CPC) officers are said to have arrested a lady after she was discovered preparing Kunu for public consumption in her old pants.

In most parts of Northern Nigeria, kunu is one of the most popular local beverages. It’s typically prepared from grains like millet or sorghum, although it can also be prepared from maize.

According to reports, the lady in question was caught after she was revealed by some of her friends.

She apparently created large quantities of the kunu drink, and hundreds of people buy her product every day without knowing how it is produced.

The woman is still in police custody and will appear in court once the inquiry is done. 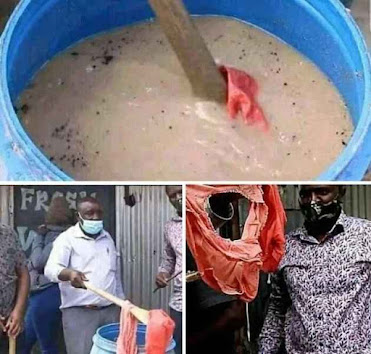