Germany has admitted to committing genocide in Namibia during its colonial occupation and has agreed to provide financial assistance.

Heiko Maas, the German foreign minister, described the killings as genocide on Friday.

“In light of Germany’s historical and moral obligation, we will beg for forgiveness from Namibia and the victims’ descendants,” he said.

Mr Maas went on to say that Germany would support the country’s development through a program worth more than 1.1 billion euros (£940 million; $1.34 billion) as a “gesture to acknowledge the enormous sorrow inflicted on the victims.”

According to reports, the agreement will provide funds for infrastructure, healthcare, and training programs that will help the afflicted regions over a 30-year period. 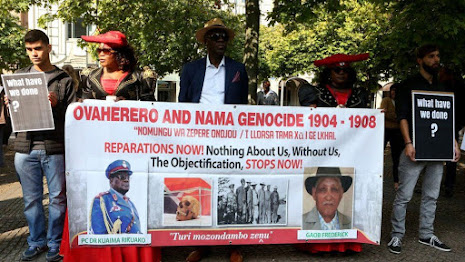 However, according to the state-owned New Era newspaper, certain traditional chiefs have so far declined to support the agreement.

The announcement came after five years of talks with Namibia, which had been occupied by the Germans since 1884.

The crimes performed in what was then known as German South West Africa have been dubbed “the forgotten genocide” of the early twentieth century by historians.

The United Nations defines genocide as a series of acts, including murder, carried out with the goal of completely or partially destroying a national, ethnic, racial, or religious group.

Following a Herero and Nama revolt over Ge, the massacres began in 1904.

The Herero and Nama were forced into the desert after the leader of the military government, Lothar von Trotha, issued an extermination order.

Those caught attempting to return to their homeland were either killed or imprisoned in concentration camps. There is no consensus on how many people killed, although the death toll was in the tens of thousands, decimating indigenous populations.