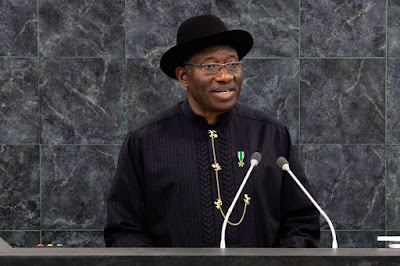 When he made the request, he was giving a speech at the 50th birthday celebration of Apostle Charles Osazuwa, President of the Rock of Ages Christian Assembly. People will always be remembered for the legacies they leave behind, according to Jonathan. “Some of the things I did while in office that people still talk about were focused on the conviction that I shouldn’t use my power to cause problems.

“Any place I have been given by divine providence should not be used to cause suffering to others,” he said. “At the age of 50, you have had a big effect on many lives,” he told the cleric. Edo Governor Godwin Obaseki praised Apostle Osazuwa for using the Bible to discuss the country’s current realities and problems in his speech.

“When the government fails to help us express ourselves, it is the church and men of God like you who step in and help us pick up the pieces; the government will always be grateful to people like you,” he said. Gov. Ifeanyi Okowa of Delta, who was also present, praised Apostle Osazuwa for using the church to change people’s lives.