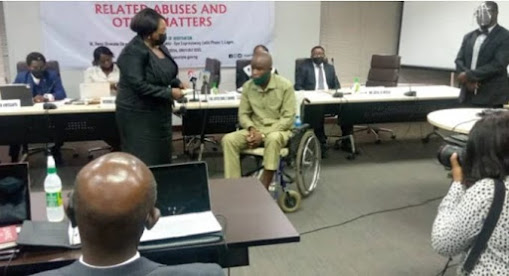 Ndukwe Ekekwe, a petitioner who was paralyzed as a result of police brutality, was granted compensation during the Lagos state judicial panel’s meeting on Tuesday.

The petitioner was awarded N7.5 million by the panel’s chairperson, Doris Okuwobi, on Tuesday. The complainant, a shop owner at Alaba International Market, told the panel how officers from the now-defunct special anti-robbery squad (SARS) came to his shop in 2018 and hurled him off a two-story building, damaging his spinal cord. As soon as the offer was announced, the petitioner and his mother reacted, saying the money is not enough.

The petitioner, who appeared before the panel on a wheelchair, said he spent more than N30 million to treat himself, adding that his shop has become empty.

What is your take on this? Should he collect the money or ask for more sum.