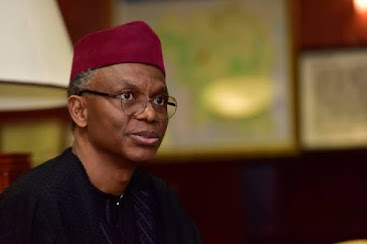 Governor Nasir El-Rufai has accused the Nigeria Governors’ Forum of failing to provide him with the support he needed during his standoff with leaders of the Nigerian Labour Congress over a warning strike in his home state of Kaduna.

El-Rufai further alleged that the strike was politically driven during a virtual meeting of the Nigeria Governors’ Forum (NGF) on Wednesday, May 19.

He further stated that governors, not the NLC, are accountable to their citizens. According to the Governor.

“We’re going to fight this. We’re breaking them, and they’ll be ashamed to leave town. I’m not going to give them a foothold because this isn’t about unionism.

“But we will fight them, and we will overcome them, but as the governor of Bayelsa stated, and since he brought it up, I feel obligated to bring it up, until we address this beast collectively, it will engulf us all.

“They will never return back to Kaduna after this, as you will see. They’ll travel to other states, and it’ll be up to the forum to determine what to do, But we are here, we are prepared, and by God’s help, we will bring this to a close.”

The governor also chastised the NGF for releasing a press release urging the union to be calm and restrained in its dealings with the state administration.

“With all due respect, that press release was useless. It was unhelpful; it stated nothing and pretended to be on both sides of the issue.