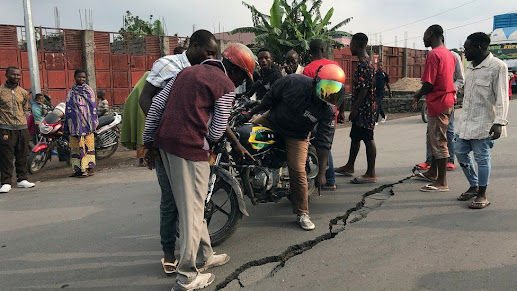 Fears of another volcano explosion have forced tens of thousands of residents to flee the city of Goma in the Democratic Republic of Congo.

Mount Nyiragongo might erupt again without notice, according to local authorities.

According to the UN, the volcano, which is located 10 kilometers (six miles) from Goma, erupted over the weekend, killing 32 people and displacing hundreds.

Thousands had fled at the time, but some locals had begun to return.

Aftershocks have shaken the area since then, and two fractures spanning hundreds of meters have emerged in the ground.

Ndima Kongba, the military governor of North Kivu province, claimed on Thursday that magma had been discovered beneath Goma and neighboring Lake Kivu.

Tremors have been felt as far as as Kigali, Rwanda’s capital, which is around 90 kilometers away.

On Thursday, Mr Kongba added, “Right now, we can’t rule out an eruption on land or under the lake.”

He added that the combination of magma and water in the lake posed other dangers, such as the release of potentially toxic gases.

Mr Kongba noted that several of the city’s evacuated neighborhoods are near “lava exit sites.”

“It is critical to remain away from lava flows due to the risk of death from suffocation or burns.”

“People should only bring the essential necessities,” he advised, “to ensure that everyone has a chance to succeed.” “The evacuation must take place in a peaceful and orderly manner.”

“May my God keep us safe,” he said at the end of his statement.

People will be taken to Sake, some 20 kilometers west of Goma, by the authorities.

Thousands of people are also migrating south-west towards Rwanda’s border, according to the news media. Others are taking the ferry out of town. 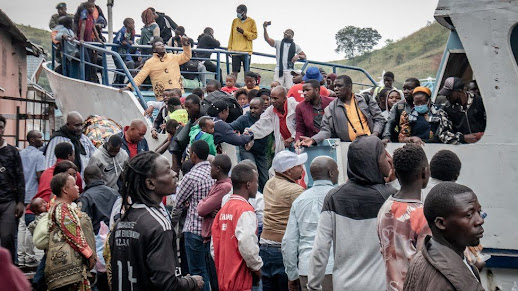 During Mount Nyiragongo’s eruption on Saturday, rivers of molten rock poured down, igniting buildings and forests on the outskirts of Goma, a lakeside city with a population of roughly 670,000 people, according to UN estimates.

One lava flow came to a halt near Goma’s airport, the primary hub for humanitarian supply operations in the country’s east. 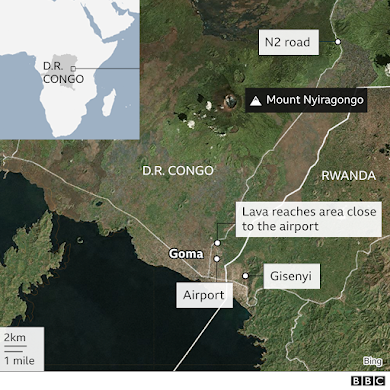