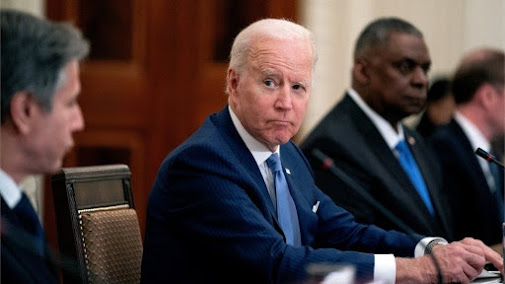 President Joe Biden has directed US intelligence officers to “redouble” their efforts to find out where Covid-19 came from, including the hypothesis that it originated in a Chinese facility.

According to him, the US intelligence community was split on whether the outbreak was caused by a lab mishap or by human interaction with an infected animal.

Mr. Biden requested that the groups submit a report to him within 90 days.

The laboratory theory has been dismissed in China.

“Smear campaigns and blame shifting are reviving, and the conspiracy notion of a ‘lab leak’ is reappearing,” the country’s embassy in the United States said in a statement on Thursday.

More than 168 million instances of Covid-19 have been documented worldwide since it was first detected in the Chinese city of Wuhan in late 2019, with at least 3.5 million deaths documented.

Early Covid cases were linked to a seafood market in Wuhan, prompting experts to speculate that the virus was first transmitted to humans by animals.

However, recent US media sources have speculated that the virus may have originated in a Chinese laboratory, possibly as a result of an unintentional breach.