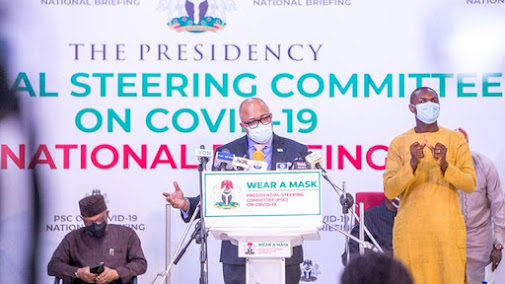 The Nigeria Centre for Disease Control (NCDC) has reported 49 new COVID-19 cases, taking the total number of infections in Nigeria to 165,468.

The 49 additional cases were identified from three states and the Federal Capital Territory, according to the public health department (FCT).

According to the report, the Federal Capital Territory (FCT) topped the list with 27 new cases, followed by Lagos, Enugu, and Oyo with 11, 8, and 3 cases, respectively.

According to the CDC, no COVID-19 patients have died in the last 24 hours, although the number of people who have recovered from the virus has increased.

According to the agency, 156,318 cases had been discharged and 2,065 deaths had been reported in the 36 states and the FCT as a result of the new recoveries on Monday.

Meanwhile, Nigeria has announced that qualifying men and women who have already received their first dose of the Oxford-AstraZeneca COVID-19 vaccine will soon receive their second dose.