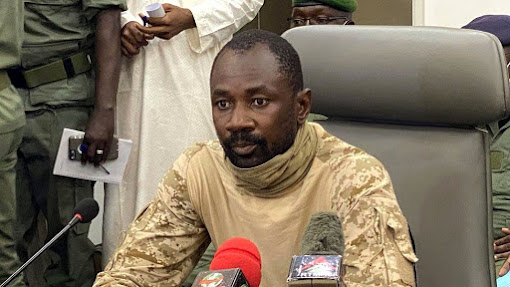 Colonel Assimi Gota, the mastermind of Mali’s military coup, has been named interim president by the country’s constitutional court.

The ruling was made on Friday due to a “vacancy in the presidency,” according to the court.

Both men had failed, according to Col Gota.

After resigning, they were released on Thursday.

Col Gota should take on the tasks of interim president “to oversee the transition process to its conclusion,” according to a ruling by Mali’s constitutional court on Friday.

The takeover of power this week came after a cabinet reshuffle in which Col Gota claimed he was not consulted and claimed he should have been named vice-president.

The change also resulted in the dismissal of two army officers who were implicated in the previous coup attempt.

Col Gota defended his conduct in his first public comments since assuming power earlier on Friday. “Within the defence and security forces, we had to pick between disorder and stability, and we chose stability,” he stated.

According to the AFP news agency, he added that a new prime minister would be named in the next days, and that elections will still go place next year as planned.