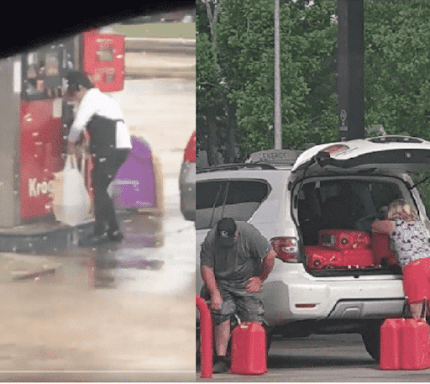 The fuel shortage is the result of hackers shutting down the country’s largest fuel pipeline.

On Tuesday, May 11, gas stations from Florida to Virginia started to run out of gas, and prices at the pump began to rise as the shutdown of the country’s largest fuel pipeline by hackers entered its fifth day, prompting panic buying by motorists.

Tuesday was chaotic, according to Ashish Desai, a BP station employee in Charlotte, North Carolina.

“People were waiting for us before we even got here,” Desai said, adding that cars started lining up about 6:30 a.m.

Around 2 p.m., he said, a few pumps were shut down, but they finally all shut down, and it was unknown when the next fuel delivery would be made.

“This could happen tomorrow or next week. I’m not sure, “‘I told ABC News,’ he said.

The pipeline outage is being blamed on a Russian criminal group, according to the FBI.

Photos and a video of a woman buying fuel in a pump were posted on Twitter.