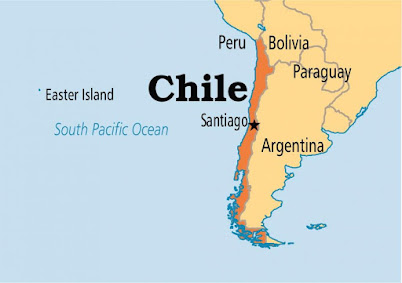 Independent and opposition candidates secured a crucial two-thirds majority of seats in the Chilean body that will draft a new constitution.

A new constitution to replace the one that dates from Gen. Pinochet’s military rule was a key demand of the 2019 protests that swept Chile.

Just about a fourth of the seats have been won by candidates supported by the government.

That is less than the number that would have allowed them to prevent major changes.

President Sebastián Piera, a suitable, said the election was historic because voters sent a strong message, and that his government and other traditional parties were not sensitive to the people’s demands and expectations.

In a constitutional referendum last October as a result of mass street protests across the country a year before, a vast majority of Chileans voted in favor of changing the constitution.

The protests, which were triggered by a fare rise on the Santiago metro, attracted a variety of people who were fed up with Chile’s high levels of inequality.

One of their demands was for the old dictatorship-era constitution to be reformed, arguing that it was at the root of much of Chile’s injustice by giving the private sector excessive weight.

Millions of Chileans, for example, are deeply in debt to pay for schooling and private pensions.

The Constitutional Convention, which consists of 155 people, is the first of its kind in the world to establish parity.

Independent candidates had 48 seats, the left 28, the centre-left 25, and the right-wing party 37 with 98.3 percent of the votes counted. Representatives of indigenous groups who are not included in the current charter have been allocated seventeen seats.