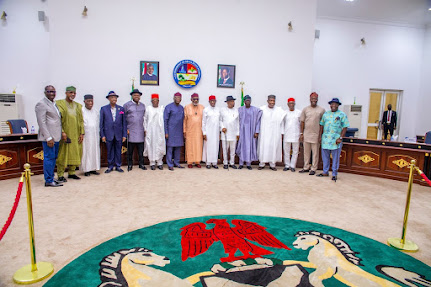 Governor Rotimi Akeredolu of Ondo state has urged President Buhari to take the demands of southern governors into consideration. The governor went on to say that many in the middle belt would have agreed to their demands as well.

Ondo State Governor Rotimi Akeredolu has said that President Muhammadu Buhari should take into account the demand for a national dialogue and the development of state police. Governors from 17 Southern states met in Asaba, Delta State’s capital, two days ago to issue resolutions and demands to the federal government.

They requested, among other things, a ban on open grazing in the south and a national dialogue summit convened by the president. In an interview with ARISE TV, Akeredolu defended the governors’ demands, claiming that some of their northern counterparts agree with them.

Because of their numbers, he believes the president is unlikely to neglect the governors. “Getting a presidential buy-in might be cause for concern, but 17 southern governors. Whatever we have said, I believe, should be given some weight; it must be taken into consideration. That means it will be examined and considered by the White House.

It’s a big number. It’s roughly the same as half of us. “I am certain that if we had contacted our Middle Belt brothers, they would have agreed to participate. Even in the north, I’m sure there are some of our brothers who would have signed this communique because they believe the time has come for us to talk.