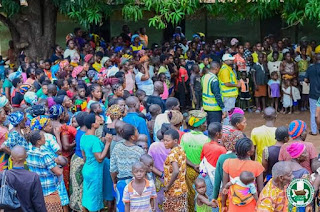 Dr. Emmanuel Shior, the Executive Secretary of the Benue State Emergency Management Agency, SEMA, has appealed to the international community, the Federal Ministry of Humanitarian Affairs, and other related NGOs to intervene in the plight of Benue State’s internally displaced persons, or IDPs.

He made the statement during a visit to the victims in the Gwer-West Local Government Area’s Agagbe and Aondoana Communities, where the IDPs who were recently displaced by a Fulani herdsmen attack are camped.

In a statement, Dr. Shior, who was appointed by Benue State’s Executive Governor, Samuel Ortom, to conduct the assessment, condemned Fulani Herdsmen attacks on Benue communities, depriving victims of their homes and land, resulting in an increase in the number of IDPs in the state.

He also stated that the Benue State Government, through his department, would investigate ways to provide relief materials to mitigate the impact and alleviate the victims’ plight, as well as call for the involvement of other humanitarian agencies and non-governmental organizations (NGOs) to help the victims. 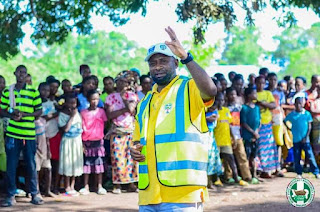 Mrs. Grace Igbabon, Executive Chairman of the Gwer-West Local Government Council, who was served by the Deputy, Hon. Governor Samuel Ortom was praised by Ortwav K. Julius for the Anti-Open Grazing Law and his stance against the invaders, who she described as Fulani Herdsmen. She also praised the Benue SEMA boss for taking constructive measures and responding quickly.