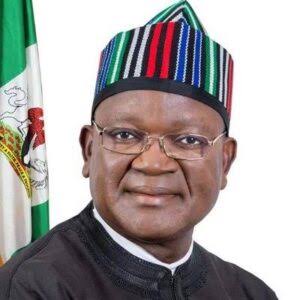 Governor Samuel Ortom assures them of his administration’s commitment to their welfare, despite the numerous challenges facing the state.

The Governor acknowledges the contributions the workers have made to the development of the state over the years and urges them to sustain the commitment.

He equally appreciates retirees of the state for their understanding and assures them that he will continue to address the issues of pensions and gratuity as funds permit. This, according to him, the Government has already demonstrated with the domestication of the Pensions Act which is set to make the issue of outstanding pensions a thing of the past.

Governor Ortom says though Benue and country at large have been experiencing difficult times, his administration has given priority to issues affecting the workers such as the regular payment of salaries since January 2018.

The Governor states that his administration has also concluded arrangements with the Administrative Staff College Of Nigeria (ASCON), for the training of workers while reaffirming his commitment to ensuring that water and electricity supply remain constant at the State Secretariat as it is the case at the moment.

He also restates the resolve of his administration to implementation of the State Health Insurance Scheme for the formal and non-formal sectors; a development he says will avail Benue people the opportunity to access healthcare at highly subsidized costs.

Governor Ortom solicits the cooperation of the workers and other Benue people with the State Government and security agencies to enable them guarantee the safety of lives and property.

He wishes every worker in the state a memorable day.