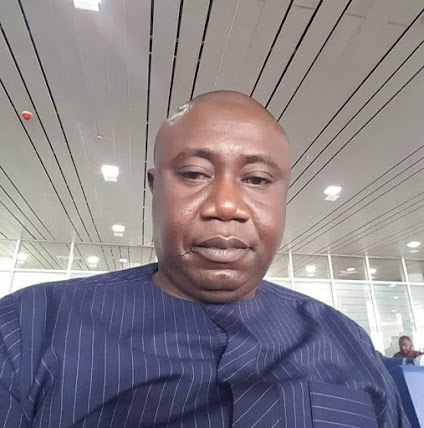 We received with excitement resolutions of the Southern Givernors meeting that held in Asaba, Delta State were the entire southern Governors unanimously endorsed the ban on Open Grazing as a solution to the farmer-header crisis in Nigeria.

It is significant to note that this patriotic resolution was made by the Southern Governors across party lines which made the decision so significant.

When in May 2017 the Benue State Open Grazing  Prohibition and Ranches Establishment Law 2017 was signed into law some elements in this country set out narratives to paint Governor Samuel Ortom and the people of Benue in bad light. But today with  this resolution and many others including the north, we as a state have been vindicated and Governor Ortom has become the beautiful damsel sought after by many suitors. He is now the proverbial cornerstone that was earlier rejected.

With these landmark endorsements going on across the country on the Prohibition of Open Grazing, we call on the National Assembly to rise up as representatives of the people to cue into this patriotic call and enact a legislation prohibiting open grazing to give specific guidelines to enable the Federal Ministry of Agriculture to collaborate with states to make their laws effective and also in the area of enforcement of the laws.

We call on President Muhammadu Buhari to see this patriotic call as a cry from Nigerians for him to see reason with them and support the Open Grazing Prohibition and Ranches Law as the best global practice of animal husbandry which will go a long way in ending the killing of innocent Nigerians by herdsmen.

We commend Governor Samuel Ortom for once again being a pacesetter on the ranching policy and for taking all the heat and insults even to the point of his life being at risk but he stood firm till the rest of Nigeria has now come to agree that indeed, open grazing of animals has no place in any civilized society. History will surely be kind to the Benue State Governor.

Benue Youths are solidly behind Governor Ortom in enforcing the Open Grazing Prohibition and Ranches Law and no amount of intimidation from the enemies of the state can make us repeal the law.