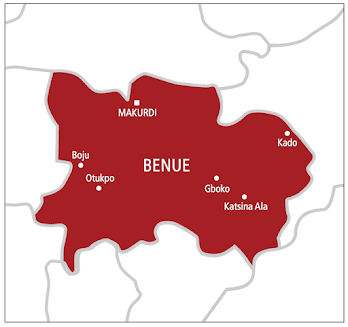 Mr. Andy Ayabam, the Executive Chairman of the Benue Internal Revenue Service, BIRS, and his team were attacked with cutlasses, axes, sticks, and other dangerous weapons at Agan, a Makurdi outskirts village on the Makurdi-Lafia road, yesterday.

When the Chairman stumbled into a barricade erected by the revenue syndicate, he narrowly avoided death. The syndicate had long built a collection point in the city, forcing motorists to pay illegal taxes to them. As his team attempted to apprehend the phony revenue officers, they were targeted by a gang who vandalized his official vehicles and pursued them with deadly guns, threatening to kill Chairman.

“I was on my way out of town this afternoon when I ran into an odd traffic jam that held up several vehicles, very close to the old Agan toll gate on the outskirts of Makurdi town,” Mr. Ayabam narrated his ordeal. “And this is a location that has been on our radar as a potential source of illicit revenue.

When we arrived, the motorists who had been detained by these fake operators identified the individual who had taken their money. “We apprehended him on his motorcycle. The police who were with me were then taken to another small hut where one of them was hidden. As soon as we arrived, a swarm of young men with axes, cutlasses, bricks, and sticks appeared out of nowhere and began chasing us.

They pointed their guns at me, threatening to kill me. I had no choice but to flee for my life. We dashed to the road’s end in Lafia. They were successful in removing the motorcycle that we had impounded, but we were able to flee with the individual we had arrested. We requested police assistance, and they arrived to save us.

They were successful in returning us to Makurdi. More criminals were also apprehended and taken to the State Police Command Headquarters.” “Those individuals have been extorting motorists for some time now, and we have received reports about it. In reality, one of the people we apprehended was flashing an ID card pretending to work for a company.

“In reality, one of the people we detained was flashing an identity card pretending to work for an unknown revenue agent. Everything they do is break the law, and they usually work late at night and early in the morning.

If a motorist refuses to pay the sum demanded, they will be kept hostage until the money is transferred to them.

“This is what they did to the trucks they carried from early morning until around 1:30 p.m. when we arrived,” he said. Attempts to contact Catherine Anene, the Police Public Relations Officer, Deputy Superintendent, DSP, were unsuccessful.