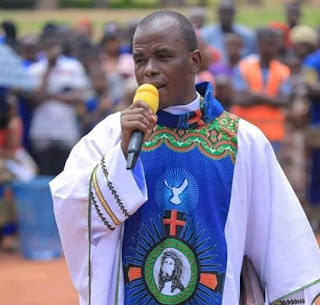 Rev Fr. Ejike Mbaka, Spiritual Director of Adoration Ministry, has called on the National Assembly to impeach President Muhammadu Buhari if he does not resign over the country’s increased insecurity.

Mbaka made the call during a recent church service in which he decried the state of the nation.

He expressed concern that the President will remain silent despite the ongoing killings. “Why are you crying, Nigerians?” he asked. We’re weeping because our leaders have utterly betrayed us. Let me tell you something: if this were a civilized world, President Buhari would have resigned by now. President Muhammadu Buhari, you can quote me anywhere and let the entire world hear it because of what is going on right now.

If the members of these two houses refuse to impeach him and instead want to oppose Fr. Mbaka, something even worse than they could have imagined would befall the members of the Senate and the House of Representatives. “Disaster is approaching.”