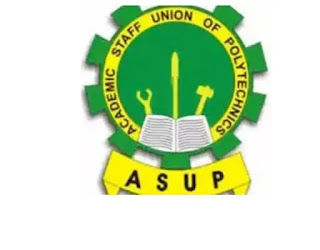 The Academic Staff Union of Polytechnics (ASUP) has taken action for an indefinite strike nationwide.

The announcement was made by the union’s leadership, headed by its leader, Anderson Ezeibe, while speaking to reporters in Abuja on Tuesday.

Members of the union have threatened to shut down Nigerian Polytechnics before the Federal Government meets their demands, according to Ezeibe.

Recall that the FG called an emergency meeting with Union officials on Monday to discuss the proposed strike.

Adamu Adamu, the minister of education, had scheduled a meeting with the union for Tuesday.

According to a statement released on Monday by Ben Bem Goong, the ministry of education’s spokesperson, the meeting was held to discuss concerns posed by ASUP in order to avoid a planned strike.