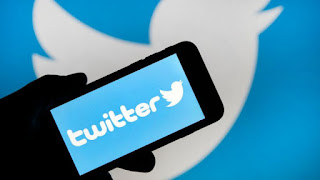 Thousands of Indians are furious after the government directed Twitter to delete posts critical of the government’s handling of the virus.

The country is dealing with a huge influx of cases, with many hospitals running out of oxygen.

The government, according to one Twitter user, is “finding it easy.”

Twitter announced on Lumen, a website that keeps track of global government orders around online content, that the government issued an emergency order to censor the tweets.

According to media reports, the material removed by Twitter includes a tweet from a West Bengal politician holding Prime Minister Narendra Modi directly accountable for Covid deaths, as well as a tweet from an actor criticizing Modi.

Twitter said it checked content when it received a “fair legal order” – the Indian government is said to have cited the Information Technology Act 2000 in this case.

“We will withhold access to the content in India only if it is determined to be illegal in a specific jurisdiction but not in violation of the Twitter Rules,” the platform said.

The materials in question, according to an Indian official,

He clarified that fake news was exacerbating the situation, and that social media posts had to adhere to the rule of law.

An official from the Ministry of Electronics and Information Technology had previously told The Hindu newspaper that “action against those who are misusing social media… for unethical purposes” was “appropriate.”

However, several people on social media chastised the government for relying on the economy.