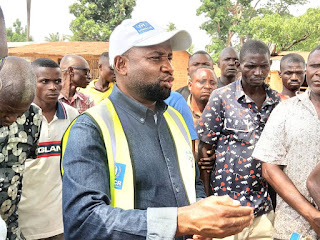 The Benue State Emergency Management Agency, SEMA, has conducted an evaluation of the recent devastation and damages caused by the crisis in Benue State’s Konshisha Local Government Area.

Dr. Emmanuel Shior, the Executive Secretary of the Benue State Emergency Management Agency, said the Executive Governor of Benue State, Samuel Ortom, had directed him to visit the affected areas. 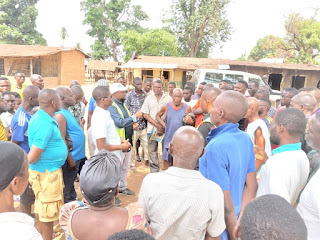 While interacting with the Traditional Rulers, Community Leaders and the victims, the Benue SEMA Boss condemned the attacks on the community by the military and as well as condemned the attack on the military by the Konshisha Bandits. He said, the Governor is doing everything possible to bring everlasting peace to the crisis between the people of Konshisha and Oju communities.

Also briefing victims who gathered at Gungul Market Square, Dr. Shior called on the Federal Government, other relevant agencies and NGOs for their quick intervention to the victims of the affected communities. 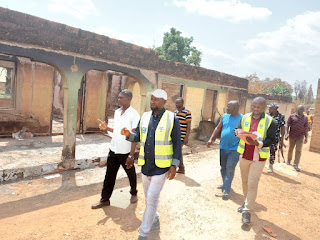 In their responses, the District Heads of Iuuar Nyam and Mbayase, HRH. Lazarus Unaha Koko and HRH. Timothy Aluga whose houses are both erased, all expressed sadness over the incident. They all applauded Governor Samuel Ortom for his efforts in restoring peace between them and the military, while praying for lasting solution to the crisis between the good people of Konshisha and Oju people.