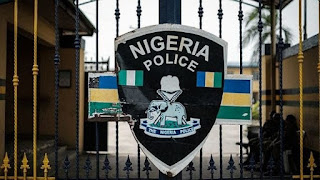 Three alleged bandits have been reported dead in the Katsina-Ala Local Government Area and its environs.

In a press release distributed to journalists in Makurdi, the Benue state police command confirmed the news.

According to a statement released by the Benue Police Command’s public relations officer, DSP Sewuese Anene, on behalf of the Commissioner of Police in Benue State, Mr. Audu Madaki, operatives of the Benue Police Command acted quickly after receiving a tip and raided bandits camped in a forest in Tomatar, Imande Ukusuu of Mbacher, council ward of Katsina-Ala Local Government Area.

The robbers engaged members of the squad in a lengthy gun fight that lasted several hours, according to the statement, adding that the police finally overwhelmed them, resulting in the capture of three members of the gang who suffered bullet wounds, while other suspects fled with injuries.

According to the police commissioner, the wounded suspects were rushed to the hospital, where medical doctors reported their deaths, and the bandits’ bodies were deposited at the Benue State University Teaching Hospital Makurdi.

Meanwhile, attempts to apprehend escaping suspects are ongoing, and the police are appealing to the good citizens of Sankera to assist them by supplying valuable information that will contribute to the capture and indictment of the suspects who remain at large.