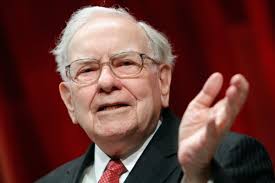 The 90-year-old is the chairman of Berkshire Hathaway, an investment company whose stock has reached new highs this year.

His net worth reached $100 billion for the first time on Wednesday.

Mr Buffett, widely recognized as the world’s most influential businessman, has contributed billions of dollars to charity.

Though Mr Buffett has long been at the top of the world’s wealth rankings, his personal fortune has never surpassed $100 billion.

One factor is his massive charitable contributions; since 2006, he has given away more than $37 billion in Berkshire Hathaway stock.

Mr. Buffett is a co-founder of the Giving Pledge, a movement to foster philanthropy by billionaires. Mackenzie Scott, Jeff Bezos’ ex-wife, has also signed the pledge after giving away more than $4 billion of her fortune in just four months last year.