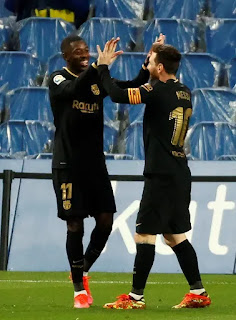 The Catalans took a while to get going, but Ronald Koeman has found a winning formula at the Camp Nou, and they’ve been on a roll recently, emerging as serious title contenders in LaLiga Santander.

As things stand, Barcelona has a distinct personality and a strong sense of self-assurance. They’ve taken 37 of the last 39 points up for grabs, as well as reaching the Copa del Rey final. 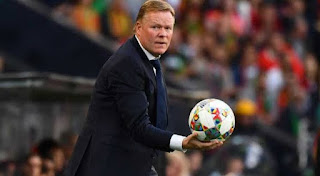 Recently, Koeman has switched to a 3-5-2 formation, which allows Barcelona’s wing-backs to roam freely.

At the Reale Arena, Jordi Alba and Sergino Dest proved their worth in attack, with Alba providing assists and Dest scoring twice.

The new system allows the centre-backs to play closer together, which appears to have helped them eliminate some of their early-season blunders.

They now have more cover for one another, and their opponents are creating fewer opportunities for them.

Their distribution and passing from deep is also much improved with De Jong at the back.

Having faith in young players

The coach hasn’t shied away from putting young players on the field. He’s done it before, and he’s done it without fear.

This season, Pedri, Ronald Araujo, Dest, and Oscar Mingueza have all come in and shined.

The Dutchman has never surrendered his fight. He’s always looking for ways to improve and has managed to gain the respect of his teammates.

He selects players who deserve to be on the field and dismisses those who do not. The group’s confidence has been earned through meritocracy system.

Messi’s 2021 statistics are incredible, demonstrating that he is at his best in this system.