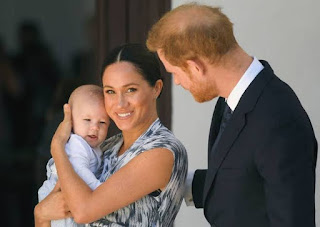 In his first comments following the Duke and Duchess of Sussex’s accusations in a television interview, the Duke of Cambridge said the royals are “very much not a racist family.”

Prince William also stated that he had not spoken to his brother yet, but that he would do so soon.

A royal expressed concern about “how dark” their son Archie’s skin, Meghan and Prince Harry said.

The claim was previously described as “concerning” by Buckingham Palace, but it would be addressed privately.

The Palace said in a statement that while “recollections may vary,” the Sussexes would “always be much loved family members.”

“Is the Royal Family a racist family, sir?” a reporter asked Prince William during a visit to a school in Stratford, east London, on Thursday.

“We’re not a racist family,” the duke responded.

When asked if he had spoken to Prince Harry since the Oprah interview, he said no.

Prince William’s visit isn’t the first time a senior royal has made an appearance since the interview aired; the Prince of Wales gave a speech earlier this week.

“There have been headlines all over the world implying that the Royal Family is racist, and this is the first time that one of the senior members has come out and rebutted that.”