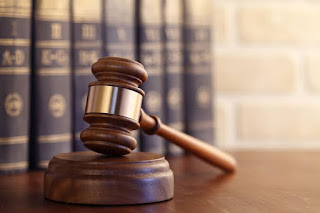 The Benue State Police Command has asked for adjournment in the petition accusing men of the defunct SARS for  Killing a young man, Tersoor Anyor from Kwande Local Government Area, for refusing to pay fifty naira checkpoint Levy in September last year.

The police Respondent, SP Friday Agwu, who had already cross- examined four witnesses before the Judicial Panel of Inquiry into police brutality including the father of the deceased, however sought the adjournment when the Kindred Head of Mbayough, Nanev, Kwande Local Government Area, Chief Gabriel Iornongu was in the witness box, while two subpoena witnesses, the Medical Director in charge of Adikpo General Hospital and the DPO of Adikpo Police Station were due to testify over the incident.

The Representative of the Police Command complained that he was served late with the  Statements of the remaining witnesses and needed time to study it and prepare necessary questions to cross- examine them.

The Petitioner’s counsel, Patricia Jooji however objected that the witnesses travel from Adikpo to Makurdi with cost and asking them to go back and come another day would be injustice to them.

Ruling, the Chairman of the Commission of Inquiry into Police Brutality, Retired Justice Adam Onum granted the police request for adjournment and directed the Secretary of the Commission to provide transport fare for the witnesses to cover their cost.

The other four witnesses including the father of deceased, told the Panel that the victim died as a result of assault by SARS personnel whom they alleged, used the boot of their guns to hit him severally on stomach after he begged them to allow the  Bike man conveying to pass, on the excuse that he was bereaved over the death of his mother and was coming back from his wife’s place where he went to inform them about burial arrangements, but rather aggravated the anger of the officers.

The petition was however adjourned to thirteenth of next month when it it’s expected that the medical expert and DPO would clear the air over the real cause of death of the victim, whose body is yet to be released to the family for burial more than six months after his demise.