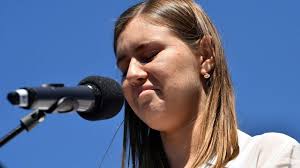 Hundreds of thousands of people have attended marches around Australia to protest the country’s sexual exploitation and oppression of women.

They were prompted by a recent series of sexual harassment claims focused on Australia’s parliament.

The accusations have placed the conservative government under increased scrutiny. 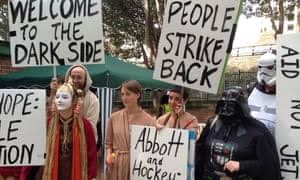 Attorney General Christian Porter announced he was the target of a 1988 rape claim, which he denies, sparking the protests a week ago.

A separate case has sparked public outrage: Brittany Higgins, an ex-political advisor who said in February that she was assaulted in a minister’s office in 2019.

Protesters believe the government’s reaction to the allegations of sexual harassment has been insufficient.

“There is an awful cultural acceptance of sexual harassment faced by women in Australia,” Ms Higgins told the thousands of demonstrators gathered outside Parliament House on Monday. 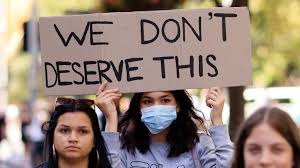 “My story made the front page because it was a sobering message to women that if it can happen in Parliament House, it can happen anywhere.”

Always Subscribe and make your comments known at Benuepost.com for more news.