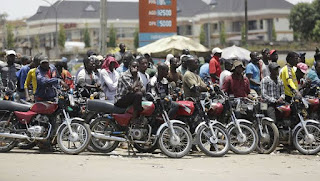 The Benue state police command is reenforcing the ban on motorcycle movement in Makurdi.

In a statement, the Commissioner of Police in charge of the Benue state command, CP Audu Madaki, recalled that in May 2016, the state Governor, Samuel Ortom, had announced a restriction on commercial motorcycle movement in Makurdi metropolis between the hours of 8 p.m. and 6 a.m.

According to a statement signed by the Command’s public relations officer, DSP Sewuese Anene, the order was released in response to allegations of criminal acts in the Benue State capital carried out on motorcycles, including the murder of the Senior Special Assistant on Defense, Mr Denen Igbana, who was shot dead at his Makurdi residence by assailants.

According to Anene, motorcyclists are advised to limit their riding between the hours of 8 p.m. and 6 a.m., as stated in the declaration.

The command has noticed an increase in motorcycle movement after 8 p.m. and has instructed police officers in Makurdi to enforce this restriction for peaceful coexistence.

Please let your view known to us through the comments section.