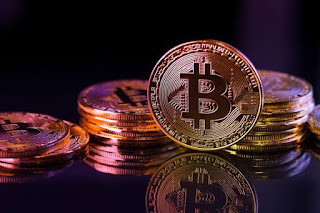 Bitcoin, the cryptocurrency, has reached $60,000 (£43,100) for the first time, continuing its record-breaking streak.

Bitcoin’s value has more than tripled since the end of last year as a result of well-known businesses using it as a payment tool.

However, some observers believe that the recent surge is due in part to the massive US stimulus package accepted this week.

Bitcoin, on the other hand, has a history of wild price fluctuations and has sunk precipitously many times since its inception in 2009.

The latest price increases have been fueled by large corporations.

Elon Musk announced in February that his electric car company, Tesla, had purchased $1.5 billion in Bitcoin and would accept it as payment for its vehicles in the future.

Mastercard also plans to embrace certain cryptocurrencies as payment, and BlackRock, the world’s largest asset manager, is looking at ways to use the digital currency.

The Covid-19 pandemic has also led to Bitcoin’s price increase, as more users shop digitally instead of using physical coins and notes.

Critics contend that Bitcoin is more of a speculative trading instrument susceptible to market manipulation than a currency.

There’s also concern about the effect on the atmosphere, given the massive quantities of energy required to perform transactions.